As Nepal struggles to attract more tourists to explore a myriad of its cultural and natural sites, the government has roped in Arthur Gunn, whose real name is Dibesh Pokharel, as a goodwill ambassador to promote tourism.

In 2019, the Ministry of Culture,Tourism and Civil Aviation had appointed Chinese Actress Xu Qing as a goodwill ambassador for the Visit Nepal 2020 campaign, but the campaign was aborted after a coronavirus pandemic affected the tourism industry worldwide. 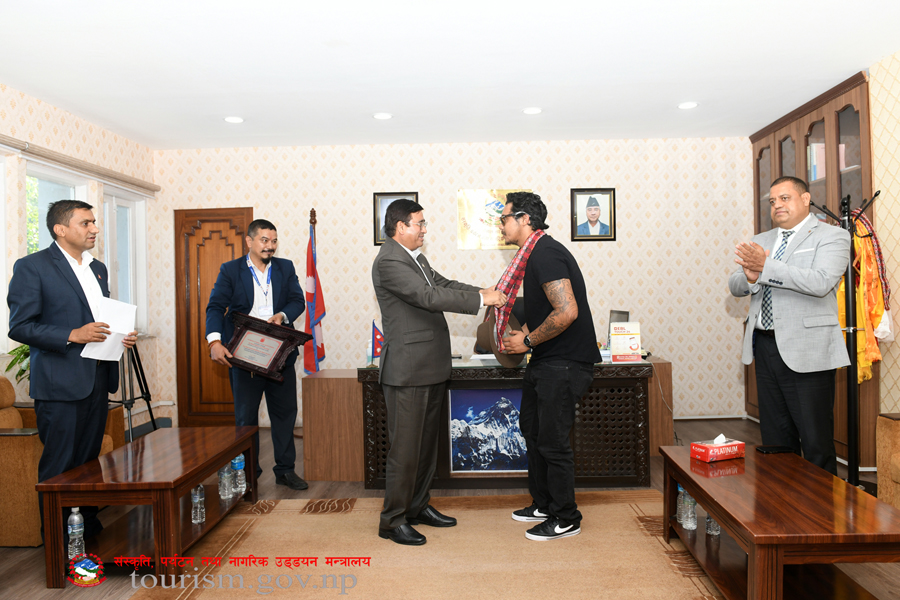 Soon after he arrived in Nepal, Gunn was honoured by the Ministry “for making an important contribution to introduce Nepal to the world”.

Then Minister Shrestha appreciated his role “making Nepal known to the world through his talent”.

In response, Gunn said he would do his best to promote Nepal’s cultural and natural sites, including Pashupatinath, Muktinath, Lumbini, Janakpur and Mount Everest, through his musical performances.

Gunn is a singer-songwriter of Nepali origin from Wichita, Kansas. He was born and raised in Kathmandu and was exposed to music at an early age.

In 2014, after completing High School, he went to America for further studies. There he continued his musical exploration and released his debut eight-track album 'Grahan' in 2018.

He has sung both English as well as Nepali songs including 'Nyano Ghar' and 'Pralaya'.

He came into the limelight in 2020 after he finished as the runner-up finalist on the eighteenth season of the singing reality show American Idol.

He cites artists like John Martyn, Nick Drake, and Bob Dylan as his inspiration.

This is the first time he came to Nepal following the fame feat and the second time after 2018.