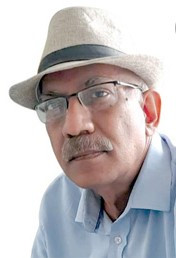 Among the tens of thousands Nepali workers heading to their hometowns from Kathmandu, the Westernised among them may have hummed John Denver’s famous song ‘Country roads take me home, to the place I belong…’ expecting Dashain festivities and celebrations.

An equal number, perhaps more, lonely and single Nepalis living in the Middle East and elsewhere in the world would think, if not sing, new age country singer Blake Shelton’s ‘We don’t have to be lonely tonight… at home all alone like me, nothing on TV, nothing to do…’

The contrasting lyrics of the two country music style songs capture the contrasting moods of Nepalis this Dashain. While tens of thousands swing joyfully to Nepali folk songs in their ancestral homes, many remain sad and lonely in Gulf countries. Multitudes of Nepalis work in Saudi Arabia, the United Arab Emirates, Qatar, Bahrain, the Sultanate of Oman, Kuwait, South Korea, Malaysia and elsewhere.

From the happy lot, Inaruwa native and computer engineer Ananta Ranjan says, “Yesterday I drove my motorcycle from Kathmandu to my village in Sunsari district. I covered 375kms in eight hours with a couple of breaks for snacks on the Kathmandu-Bardibas Highway. I use one of the three highways that connect Kathmandu to Biratnagar. I am doing this for the last 18 years since I started working in Kathmandu in 2004.”

Ranjan’s village lies 30 kms away from Biratnagar. “I sent my wife and children by Buddha Air and I hopped on to my bike with my holiday bag. We will celebrate Dashain with my extended family and friends although it is raining heavily here today. We will do poojas for goddesses Bhagwati, Durga, Kali and Ganeshji,” says the techie who has written an academic book titled Integrated Computer Science for Grade XI and XII students.

Free movement of people after two years of the havoc inflicted by the Covid-19 pandemic, the lockdowns and protocols clamped by the government has ensured more than 250,000 people have safely reached their homes in remote towns and villages of Nepal.

The mass exodus of workers from Kathmandu happens before major festivals in Nepal. This year is no different. People living within the country have happily reunited with their families in far-flung districts.

Hundreds of thousands of Non-Resident Nepalis [NRN] living in gulf countries and elsewhere in the Middle East are not so fortunate as Ranjan. Thousands of lonely single workers will miss Dashain celebrations and the gaiety of family gatherings this year too.

A couple of reasons prevent NRNs the joy of celebrating Dashain with their families. Job contract terms do not allow expatriate workers to avail long leave apart from their once-in-two-years month-long vacation. Second, the lingering travel rules post pandemic.

Although Qatar exempts NRNs holding resident identity card from Hayya Card caveat most Nepalis could not take special leave. Private Qatari companies do not grant leave unless it is due according to work contract terms which is the month-long vacation once in two years for blue-collar workers. It is once a year for executives.

Nepalminute.com spoke to two men among the lonely and forlorn lot of Nepalis working and living abroad. Both typify the emotional state of Nepali young men and women working in the Middle East far away from their families.

Resident of Janakpur city in Terai region, 37-year-old Teji Lal has accepted the reality of working and living alone in Dubai. For the last 13 years he works in the car polishing department of his employer GT Pro Motor Services. His wife and two children live in Janakpur.

“I miss spending time with my family,” says Teji. “The loneliness gets worse during festivals like Dashain. Besides, Dashain, Chhat, Deepavali and Vijayadashmi are major festivals of Hindus in Terai. We do poojas and religious rituals during these festivals. These are important family reunions. Thousands of expatriate workers like me living in the Gulf miss these festivals because of job commitments.”

Teji had visited Janakpur in 2021. He remained stranded for seven months and could not join duty because of the lockdown. “I’m grateful to my employer for keeping me despite such a long absence,” he says and adds, “I will keep in touch with my family through phone video calls during Dashain.”

Teji’s colleague Krishna, 23, who works for GT Pro as polisher will also spend this Dashain away from his family in Morang. “I will visit Jebel Park in Dubai with Tejidai,” he says. “Hundreds of Nepali workers hangout at this park on weekends and holidays. We will share biryani and sweets made by Indian outlet here.”

Krishna has one older brother and two sisters. The importance of family ties has not yet sunk into his mind. Being young, unmarried, and carefree he seems preoccupied with fashion apparel and designer sunglasses.

Another migrant worker, Tika Ram Thapa makes a roadside living near Greencity in Surat, Gujarat. With his wife and son as helpers, he cooks Chinese cuisine, albeit adapted to Gujarati taste buds, on the gas stove placed in his food trolley which is a refined handcart.

“I started selling Chinese food here ten days ago. I prepare only vegetarian items like Veg Haka Noodles, Veg Manchurian  and Veg Fried Rice. I hope my business does well,” says the 40-year-old vendor and resident of a village in Surkhet district. “I ventured into this business after returning from my village Guptipur 15 days ago. Earlier I worked as a security guard in Kingston residential complex opposite Greencity.”

Thapa has imbued Gujarati traits after living in Surat for 15 years. He speaks and reads Gujarati. “I read Gujarati newspapers like Gujarat Samachar, Divya Bhaskar, Gujaratmitra (Surat’s oldest newspaper started in 1863) and Sandesh.”

Thapa’s face shows the stress of making a living on the roadside. For him Dashain is just another date on the calendar. “Honestly, I don’t even remember the dates of this festival because Nepali calendar Vikram Samvat is not available here.”

Thapa’s disconnect with Dashain is an isolated example. Most Nepalis living in western Indian states like Gujarat, Maharashtra and Goa celebrate their festivals here. They visit their hometowns in Nepal regularly unlike workers living in Gulf countries.