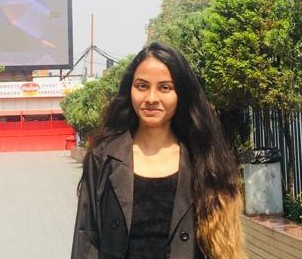 Nepal Police could go to the extent of requesting Jamaica police or Interpol to have Nepali national cricket team captain Sandeep Lamichhane arrested and sent to Nepal, officials said.

Lamichhane, 22, has been accused of raping a 17-year-old girl in Nepal, where a complaint was lodged against him on September 6. In the complaint, the girl has accused that the cricketer raped her repeatedly in a hotel in Kathmandu on August 21 night and August 22.

But Nepal Police has yet to hear Lamichhane’s side of the story as he is currently in the West Indies to play for Jamaica Tallawahs in the Caribbean Premier League (CPL). His team has league fixtures until September 25.

When asked about the options before the police, Nepal Police spokesperson DIG Tek Prasad Rai said: “Just because he’s facing an allegation doesn’t make him a criminal. But if our preliminary investigations indicate that he could be guilty we will definitely request Interpol to have him arrested and sent to Nepal.”

According to Rai, a joint investigation team comprising officials from different police units in Kathmandu is currently investigating the matter, including facilitating medical tests of the victim, interviewing hotel staff and collecting and analysing CCTV footage from the hotels the two had visited.

“We are currently busy with detailed investigations,” DIG Rai added.

According to the police, accompanied by her guardian, the 17-year-old girl lodged a complaint with them on Tuesday, alleging the cricketer of rape. Lamichanne is said to have taken the girl to different places in Kathmandu and Bhaktapur on August 21. He is said to have brought her to a hotel located in Kathmandu Metropolitan City-9 at 23:55 on the night of August 21.

There, around 00:25 am, he “repeatedly raped her” according to the complaint, the details of which was posted by Kathmandu District Police Range on its Facebook page.

On September 6, Nepal Police registered the complaint and the victim was taken to the One Door Crisis Management Center for a comprehensive medical examination. The teenager has been identified as a fan of the cricket star.

According to media reports, the unnamed girl allegedly met Lamichhane after exchanging messages on social media, and the cricketer had invited her to visit Nagarkot.

Meanwhile, the Cricket Association of Nepal (CAN) has called an emergency meeting after the news of its national captain facing rape allegation became public.

“We are aware of the allegations which are currently the subject of a police investigation,” a senior CAN official said, referring to discussions at the association.

“The association will cooperate with the police investigation in relation to the incident,” the official said, adding that CAN would announce its decision on the matter on Thursday.

The allegation against Lamichhane coincides with the verdict of Nawalpur District Court on a similar case involving actor Paul Shah who was accused of raping a minor girl. The court acquitted Shah on the rape charge but sentenced him to two and half years and asked him to pay the plaintiff Rs 1 million in compensation.

Who is Sandeep Lamichhane?

Lamichanne was born on August 2, 2000 in Aruchaur, Syangja.

Later, his family moved to Chitwan, where he started training at Chitwan Cricket Academy, run by the former captain, Raju Khadka.

In 2016, he was spotted by then captain Paras Khadka and coach Pubudu Dassanayake. The coach then encouraged him to come to Kathmandu, where he was selected for the national under-19 training camp.

He was drafted into Nepal's under-19 squad for the 2016 Under-19 Cricket World Cup. He made his List A cricket debut in a match against Namibia in the 2015–17 ICC World Cricket League Championship on April 16, 2016.

In July 2018, he was named in Nepal's squad for their One Day International (ODI) series against the Netherlands after Nepal gained ODI status during the 2018 Cricket World Cup Qualifiers.