Global Theatre
In celebration of the rupee peg
While the Nepali and Indian rupees trade at historic lows, let’s reflect upon the prescience of our predecessors 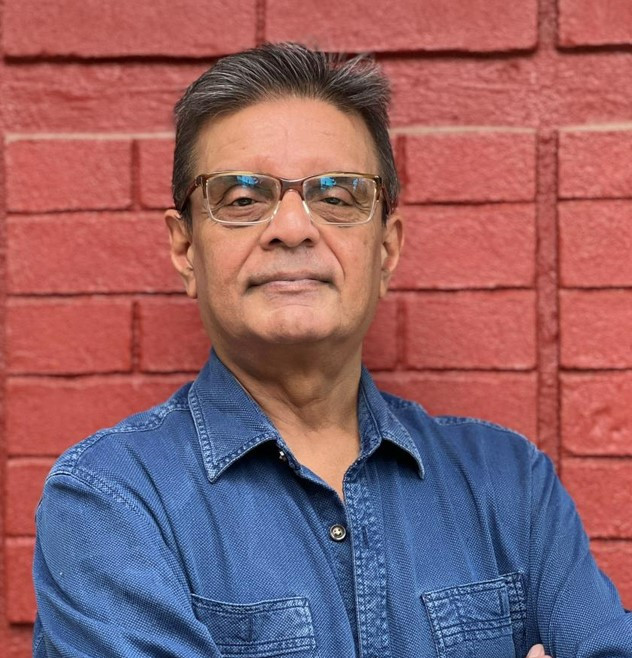 The Nepali rupee (NRS) is trading at a lifetime low of over 132 to the US dollar (USD) this week. This represents a depreciation of about 11 percent year-on-year, the sharpest slump since 2012 when the NRS shed 11.5 percent in value against the USD over the previous year’s annualized average. Similarly, the Indian rupee (INR) breached the long-held psychological barrier of 80 to the USD this past July and is now trading at over INR 82 – a slide of 9.1 percent year-on-year. Leading currency analysts polled by Indian media anticipate that the INR will plunge as low as 85 to the USD before the end of the year.

Notwithstanding the hard peg between the Indian and Nepali rupees, economists attribute the relatively better performance of the INR vis-à-vis the NRS to the import heavy composition of Nepal’s trade regime, inefficiencies in our banking system, and comparatively stronger macro-fundamentals in India. Yet, some also note that both rupees have fared better than other major currencies such as the Japanese Yen (-22.6 percent), the South Korean Won (-17.1 percent), the British Pound (-16.6 percent), the Euro (-14.2 percent), and the Chinese Renminbi (-11.7 percent).

While challenges abound, the world now seems to agree that the incessant strengthening of the USD does not necessarily signal the weakening of other fundamentally sound global currencies. Even the International Monetary Fund (IMF) recently urged its member-governments to hold on to their stash of dollars and brace for choppier waters ahead (read: a global contagion of the cost of living crisis) rather than splurge USD reserves in attempts to defend the indefensible.

The IMF has reasons to fret. In the early 1980s when markets failed to rein in a similarly strengthening USD – which by 1985 had appreciated over 50 percent against other leading currencies – the governments of the United States, the United Kingdom, Germany, France and Japan deliberately intervened in what is known as the 1985 Plaza Accord. They agreed to dump their dollars in unison, which, in turn, successfully weakened the greenback. The USD shed half of its value by 1987.

But there is little appetite today for a Plaza Accord 2.0. Since 2013, the G-7 group of leading economies has repeatedly ruled out intervention in currency markets, a commitment renewed as recently as May this year. And China, the world’s second largest economy today, which remarkably did not even figure during the 1985 discussions, has no incentive to follow suit either should a similar initiative come its way.

Meanwhile, as India’s balance of payment deteriorates, the Reserve Bank of India (RBI) deputy governor has now publicly floated the prospect of full capital account convertibility – that is, allowing Indian citizens to maintain domestic deposits in any mix of choice currencies, and thereby also allowing markets to stabilize the INR at its true value. In fact, his proposal sits very well with the Modi government’s ambition to internationalize the INR and gradually wean the Indian economy off the USD.

But my take is rather parochial. If only we were honest enough to admit it, the force of the swelling dollar and repercussions on the Nepali economy have both been significantly blunted by virtue of our currency peg with the Indian rupee established in April 1960 – when King Mahendra was Nepal’s reigning monarch, B. P. Koirala our prime minister and Subarna Shumsher Rana (and later Rishikesh Shah) our finance minister. Across the border in India, Jawahar Lal Nehru was prime minister and Morarji Desai finance minister. In fact, much of the post-feudal underpinnings of Nepal-India economic ties were laid under the statesmanship of these towering figures.

Of late, though, it would seem that Nepal has fumbled in living up to its end of the bargain. For example, over these past weeks and months, central bankers in India spent endless nights at their Gandhi Maidan headquarters in New Delhi, calibrating currency movements minute-by-minute and burning close to a fifth of their dollar reserves to defend the Indian rupee. Nepal quietly benefitted by virtue of the peg, but never once officially acknowledged the fact.

Similar story when New Delhi, in its strategic interests, vigorously brushed aside western pressures and skirted sanctions against Moscow by putting in place an alternative rouble-rupee payment mechanism to stabilize commodity prices. All the while we were lobbied at the UN into voting with the west in its denunciation of Russia. Yet, the freeloaders that we have become, still expect to be supplied discounted Russian oil through India.

My money, your problem

As noted, the surging dollar is by no means a problem peculiar to Nepal and India. Nor is it unique to this particular point in time. After August 1971, when US President Richard Nixon unilaterally pulled the dollar off the gold standard and decreed the global sale of oil exclusively in USD (in return for security guarantees to the Arab world; hence the ‘petro-dollar’), governments around the world still elected to tie their currencies to the USD and risk exposure to the self-centricity of the US economy. As a result, although the US now accounts for under 10 percent of the world’s merchandise exports, over 40 percent of global trade today is invoiced in USD. And half of the world’s cross-border debt, including multilateral, is denominated in dollars.

How does a soaring dollar hit weaker, import-dominant economies like Nepal harder than others? In the IMF’s own words: “For many countries fighting to bring down inflation, the weakening of their currencies relative to the dollar has made the fight harder… Such pressures are especially acute in emerging markets, reflecting their higher import dependency and greater share of dollar-invoiced imports compared with advanced economies… As world interest rates rise, financial conditions have tightened considerably for many countries. A stronger dollar only compounds these pressures, especially for some emerging market and many low-income countries that are already at a high risk of debt distress.”

Therefore, while it is politically expedient to assign today’s runaway inflation to rapid-fire interest rate hikes and monetary tightening in the US or risk aversion on account of the war in Europe, Sino-US tensions and supply-chain disruptions due to China’s zero-COVID policy, the writing was always on the wall.

Fixing what isn’t yet a problem?

Time and again Nepali economists have questioned the efficacy of the hard peg between the Indian and Nepali rupees. They often wonder whether our monetary authorities possess the wherewithal to manage a floating exchange regime instead. Superintending the effective performance of the NRS obviously involves more than just the acumen of our central bankers. The strength and stability of any currency depends on the masterful steering of any number of moving economic parts such as market interest rates, economic activity and gross domestic product (GDP), and unemployment rates – many of which lie predominantly in the realm of the private sector and the government of the day.

Of course, there will always be a case to be made for the periodic review of the rate of exchange at which our two rupees are pegged in order to reflect and correspond to changing economic realities. But now is not that time. Especially not now when we import 15 times that of what we export and while India accounts for two-thirds of our total trade deficit in goods. Best now, rather, that we take pause to reflect upon the prescience of predecessors on both sides of our open border and celebrate their lasting legacy. Better still, we give credit where credit is due.