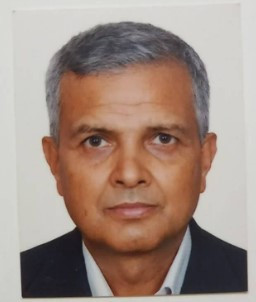 Modern democracy begins with the ballot box. There can be no democracy without elections, and free and fair elections are not possible in the absence of democracy. Democracy and elections are inseparable. An election is thus the heart and soul of a democratic system.

The 2022 general election in Nepal is just round the corner – barely three weeks from now. The election fever is picking up momentum. As French political philosopher and historian Alexis de Tocqueville says ‘people get the government they deserve’, the November 20 election is the acid test for the Nepali voters as to what type of government they seek to have for another five years.

Voting is the power of the people like former American President Abraham Lincoln said, “the ballot is more powerful than the bullet". It is through the ballot papers individual citizens hand over their sovereign power to a particular party or a candidate to use on their behalf. In the wise and conscious decision of citizens on polling day lies the fate of our democracy and country for the next five years.  The people must follow the diktat of their conscience.

Every vote counts in the election because it helps elect the type of government taking office after the polls. If we do not vote, there will be a high chance that bad people will be elected as American author George Jean Nathan says, “bad officials are elected by good citizens who don’t vote.” Voting is not only a right but also a civic duty and obligation of a citizen. We all must exercise our voting rights and choose the best representatives capable enough to govern and steer the country towards a better and brighter future.

As the election date is getting closer by the day, political parties and candidates are scrambling to turn the tide in their favour. Given the track record of earlier elections, parties and candidates promise to the people to get votes. But they lied and betrayed the people. This is why people have the least trust in our politicians and political parties.

Nikita Khrushchev, a diehard communist who ruled and ruined the erstwhile Soviet Union for eleven years with an iron fist, ridiculed multi-party democracy as a political sham and said, “Politicians are the same all over and they promise to build bridges even when there are no rivers.” Khrushchev made these remarks to discredit parties and politicians and defend what Alexander Solzhenitsyn called ‘The Gulag Archipelago’. But it illustrates the present-day reality of electioneering and electoral practice in Nepal, where leaders promise anything and everything. Leaders and politicians make tall promises despite knowing they cannot be achieved. This blatant betrayal of the people’s trust makes a mockery of the democratic system.

This is not an isolated case of Nepal alone. The phenomenon of election and electioneering in most developing countries is almost identical.  Politicians and parties lie to the voters and break the promises made to the people during the elections. The parties' election manifestos are mere rituals that hardly exhibit consistency in the promises and reality on the ground—a clear manifestation of how parties lie and deceive people.  As a result, political parties are slowly earning the reputation of ‘gangs of liars’.

In developing countries, elections are often manipulated and engineered by people in power. Three ‘Ms’ play a decisive role in the elections — muscle power, money power and media power. As money plays a bigger role, elections have become expensive and unaffordable for ordinary citizens. This is not a fabricated story but felt and realized by leaders themselves. Nepali Congress leader Sashanka Koirala publicly said that he spent Rs60 million during the last parliamentary elections in 2017, far exceeding the Election Commission's limit. As a Russian proverb goes, “When money speaks, the truth remains silent”, money’s decisive role has pushed the sanctity of the election to the back burner.

Democracy beckons truth, honesty, integrity and accountability from parties and politicians. That alone commands the goodwill and the trust of the people. Elections are the instruments to gauge the popularity of the parties and candidates.  Political parties behave as though they are private limited companies of some leaders, treating workers as employees and the people as their customers. In principle, the political parties are not limited liability companies but public entities accountable to the people.

Voters are not customers but the ultimate arbiters in the decision-making and governance of the country. Political parties should not treat one another as enemies. Instead, parties compete to serve the country and the people best. The candidates in the elections are also not rivals but competitors or partners.