Mumbai to Kathmandu
Vivek Oberoi beams and smiles as he begins his Nepal tour (Photo Gallery)
The Omkara actor is due to visit Pokhara, Lumbini and the Himalayan region

As Nepal tries to lure more Indian visitors, Bollywood actor Vivek Oberoi has begun his ten-day trip of the country that shares a nearly 1800km open border with India.

Accompanied by his actor father, Suresh Oberoi, and other members of his family, he visited Pashupatinath and Bhaleshwor Mahadev temples on Thursday. After a bit of pilgrimage, the Omkara actor dashed off to Pokhara.

Prior to that, the Nepali Dhaka Topi-clad actor told reporters that he always wanted to visit Nepal’s cultural and natural sites in Lumbini, Kathmandu and Pokhara. “I’m so happy that I’m finally in Nepal,” he said.

A few days ago, the actor revealed that he suffered from depression and wanted to “end things for good”, Indian newspapers Hindustan Times reports.

The actor’s visit follows release of Uchaai, a Bollywood movie filmed in Everest and Annapurna regions of Nepal. The movie is expected to encourage many Indians to visit their neighbouring country, Nepal.

With buses and flights connecting major cities, Nepal is well-connected with India.

See photos of his Chandragiri trip: 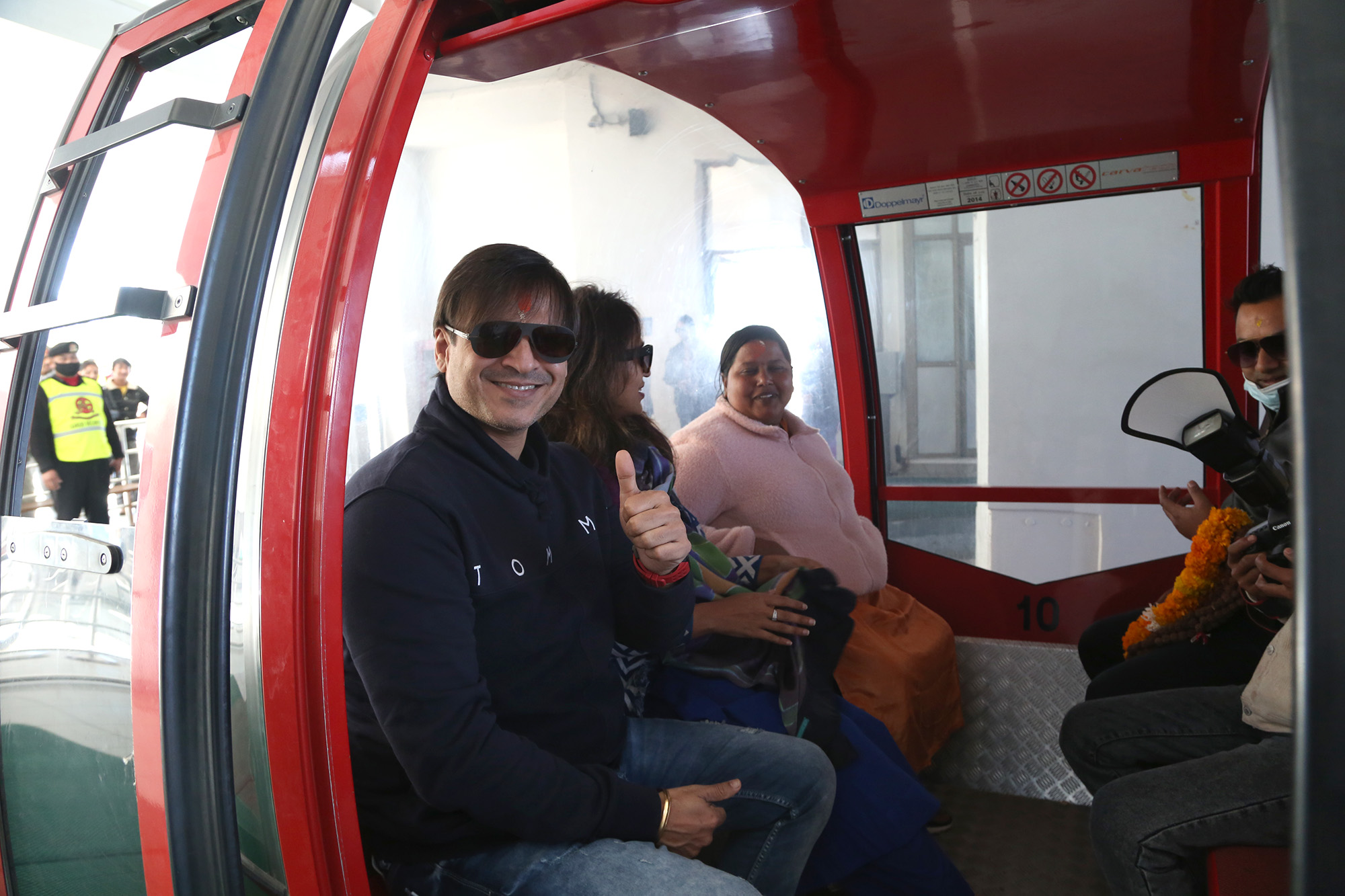 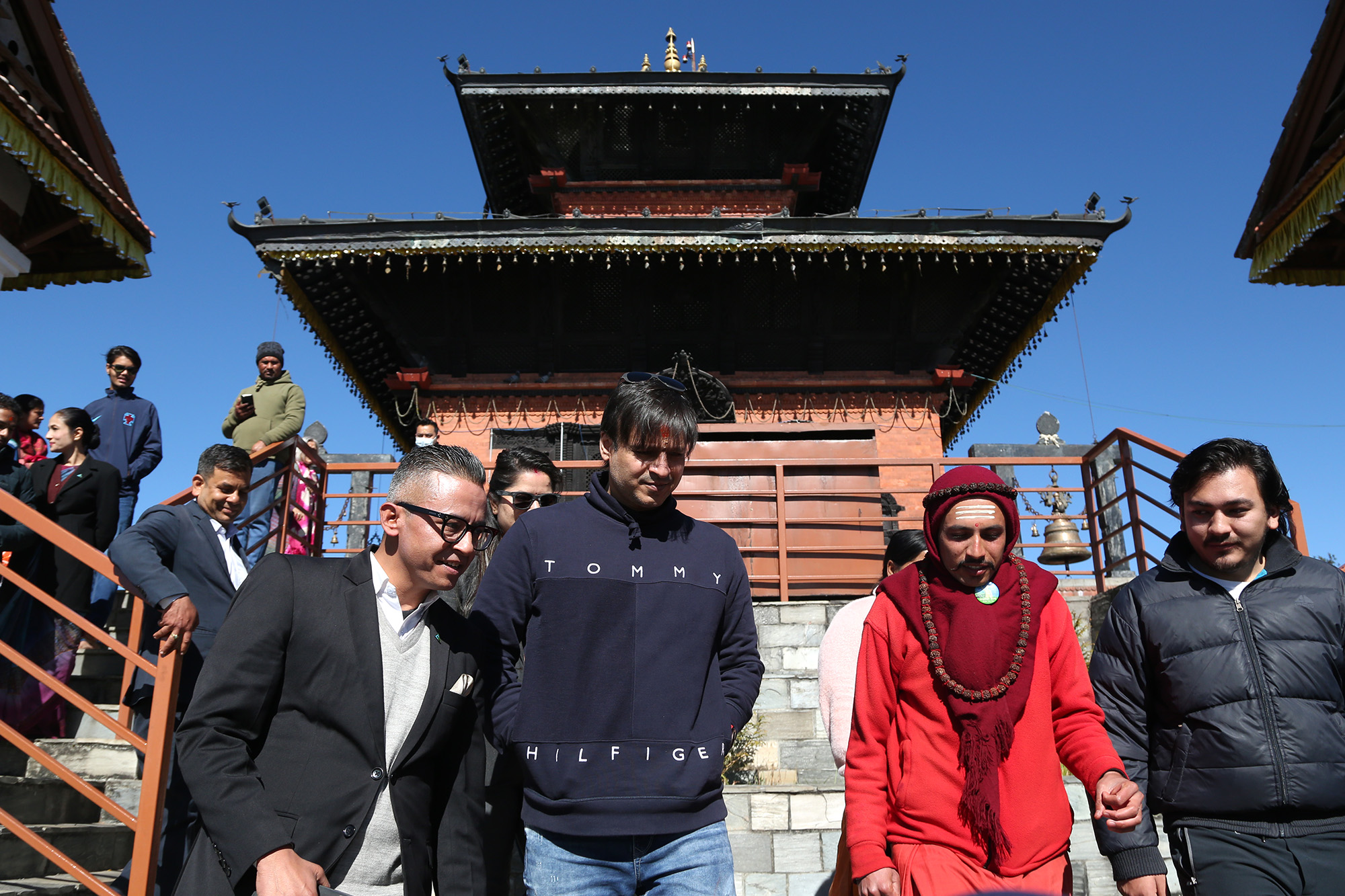 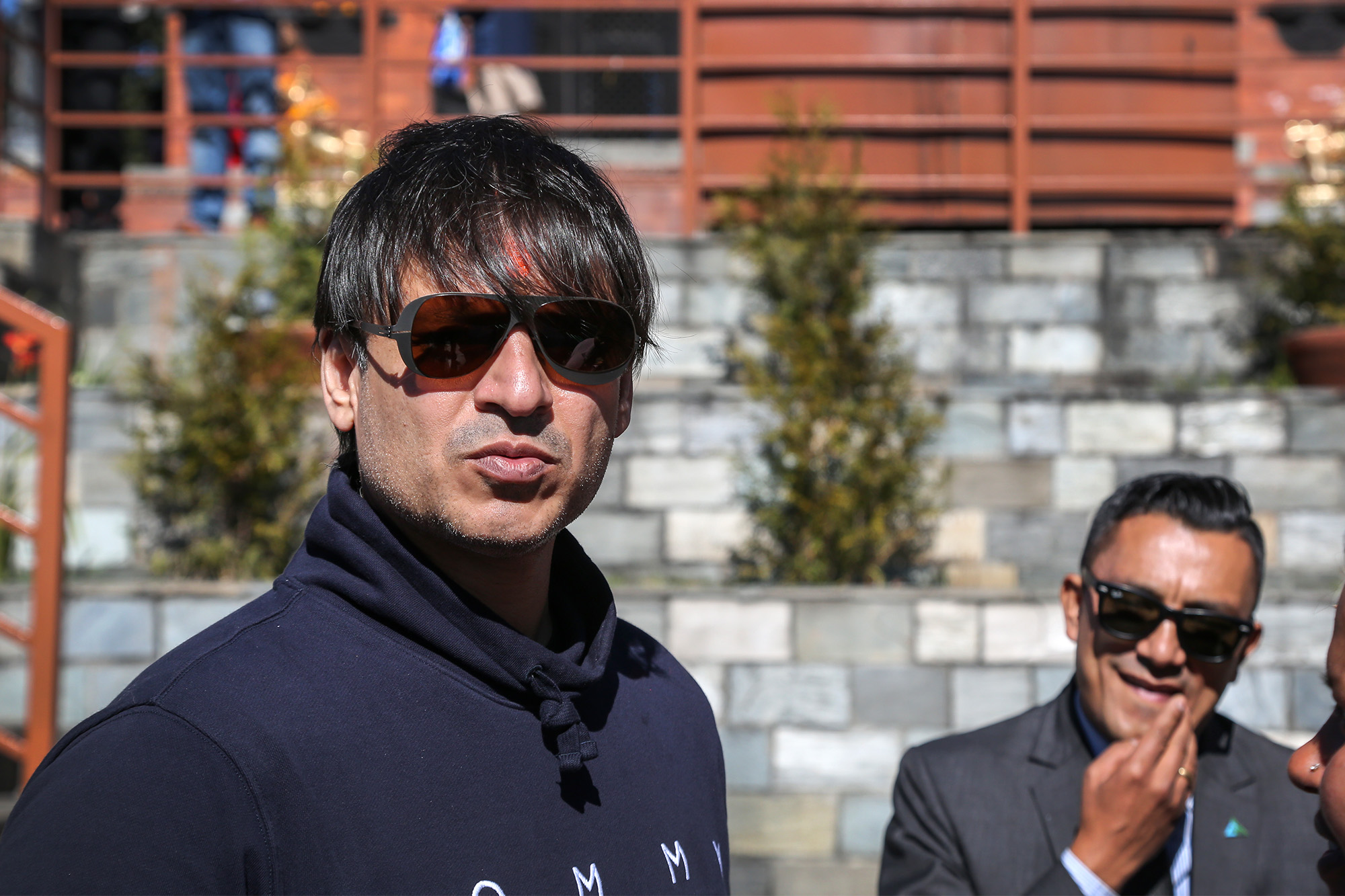 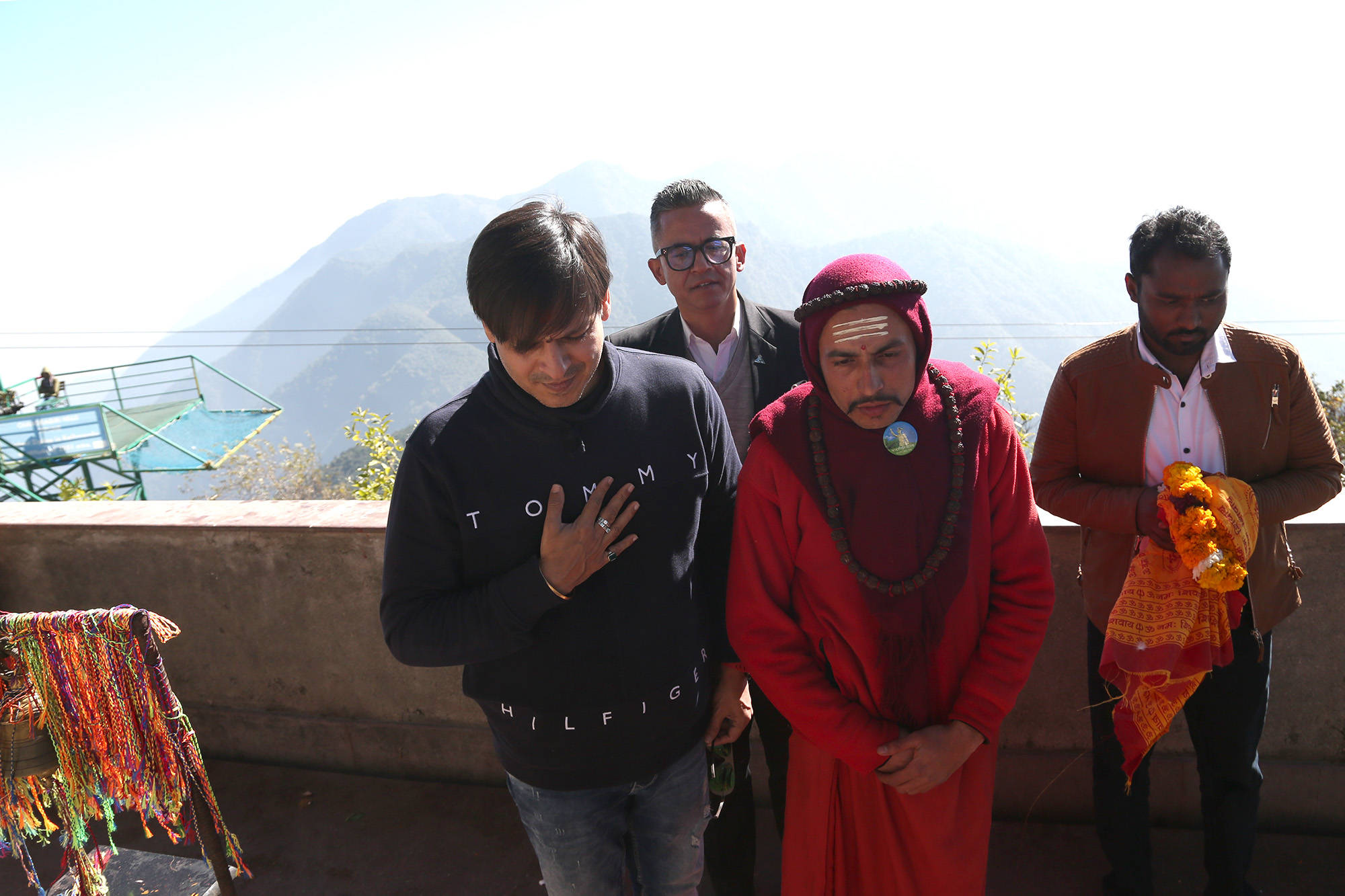 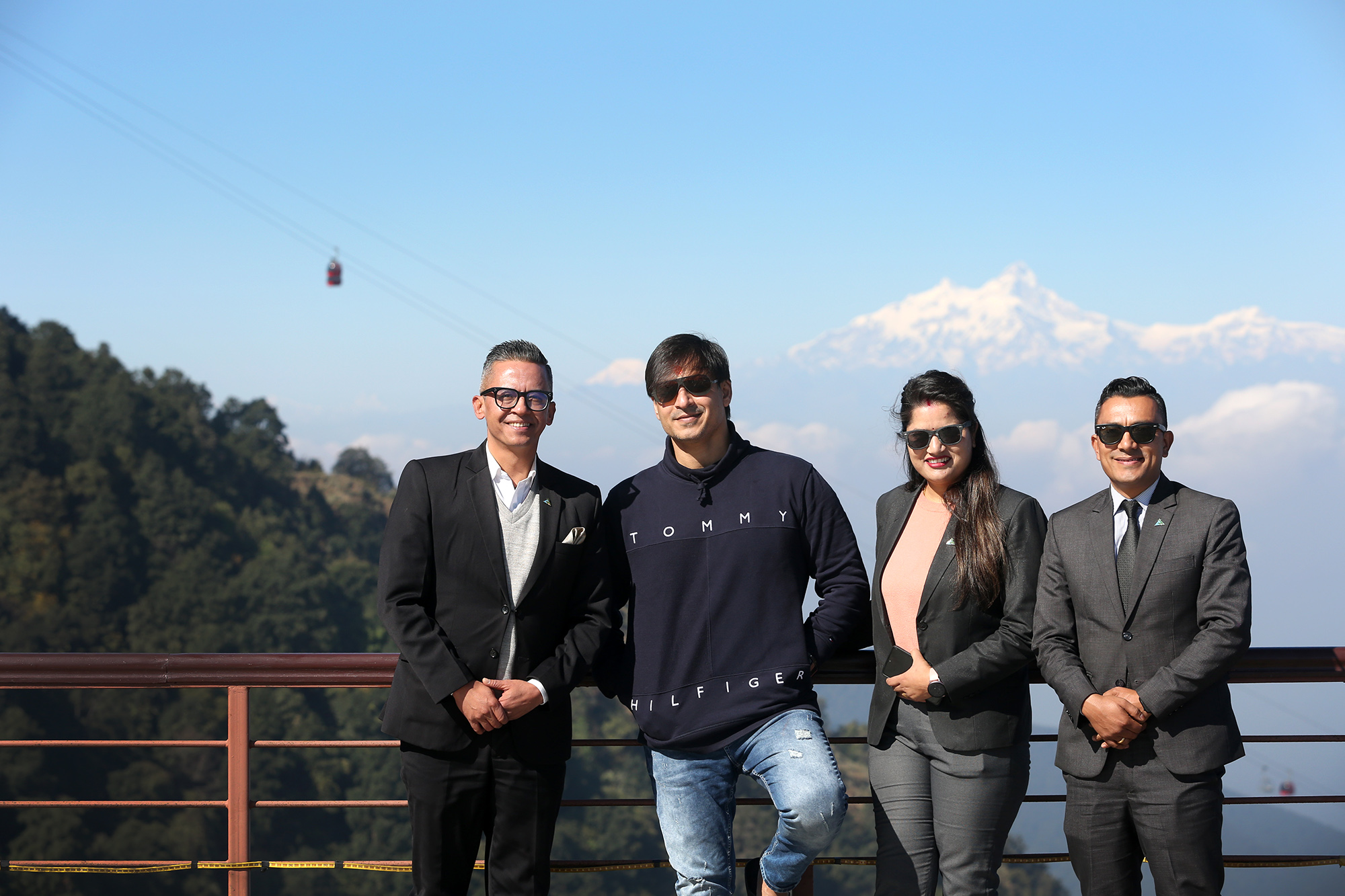 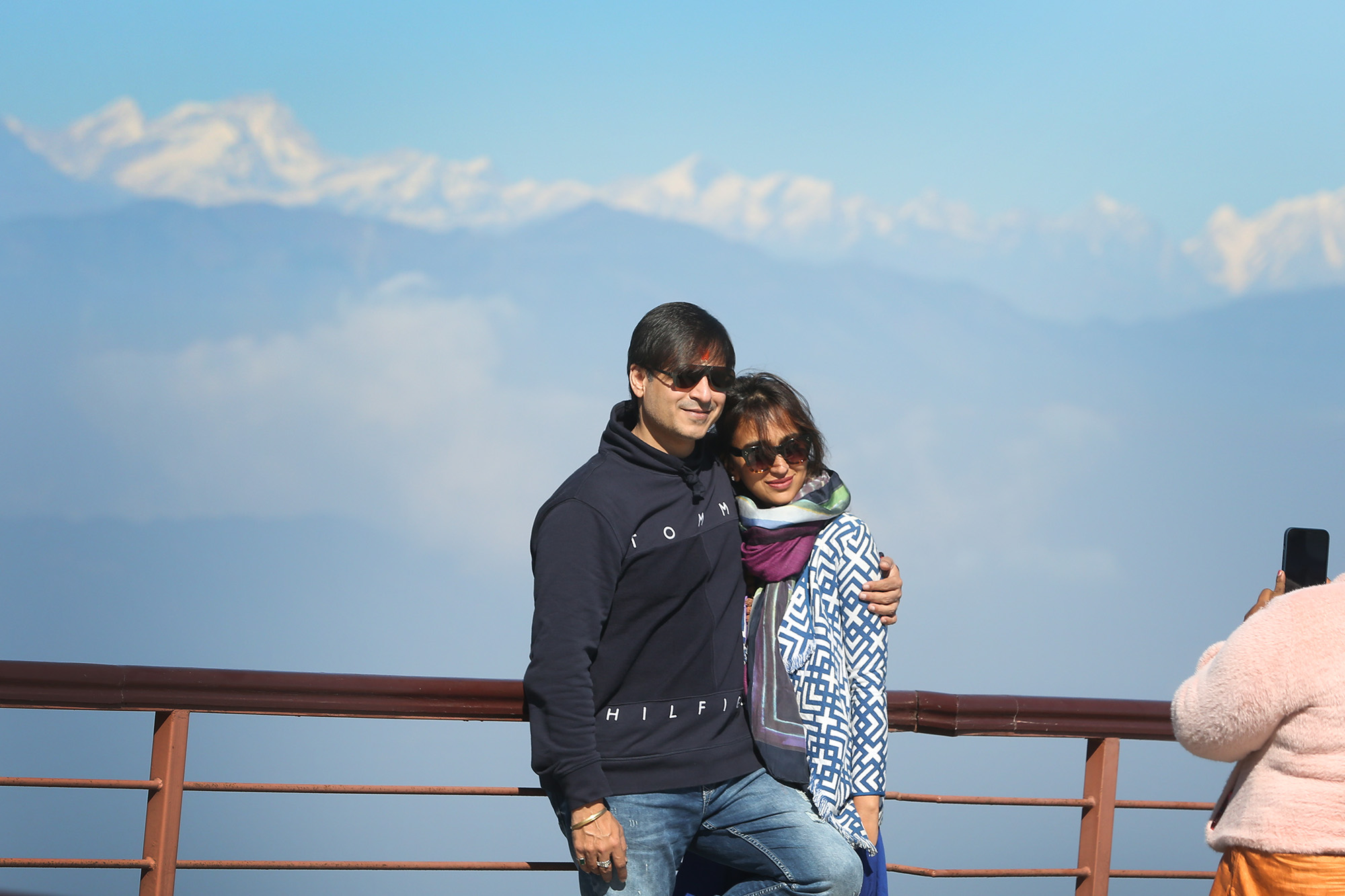