The counting of votes has already started in more than 30 districts across the country, following Sunday's general election.

According to Surya Prasad Aryal, assistant spokesperson at the Election Commission, the detailed data of the counting is yet to be received.

“Tentatively, vote counting has already started in more than 30 districts, which is more than half of the total districts of the country. In some districts, the counting of votes will begin by Monday afternoon,” said Aryal.

“However, the vote counting will begin as soon as the ballot boxes will reach the counting centres,” said the assistant spokesperson.

Here are some photos of the vote counting: 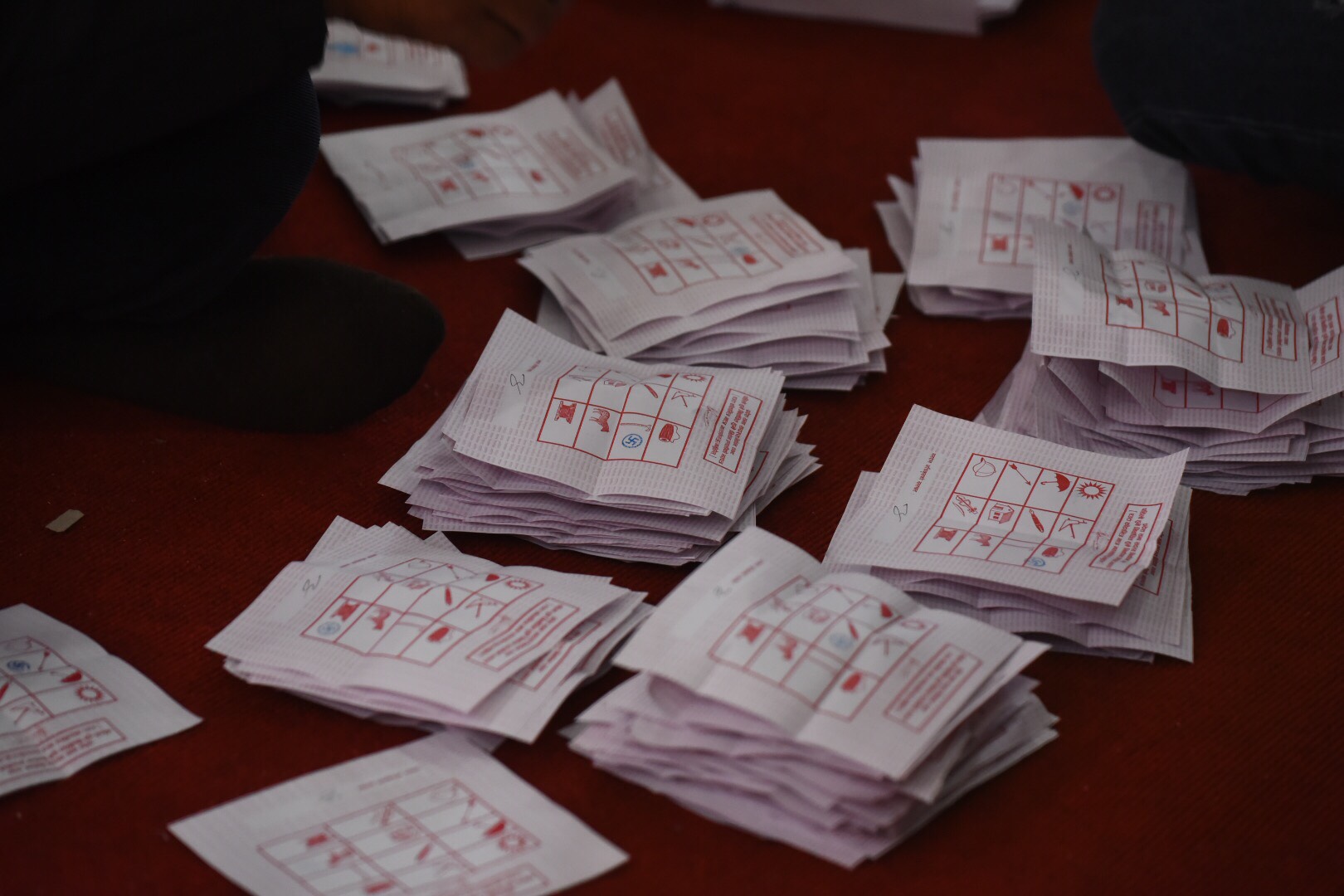 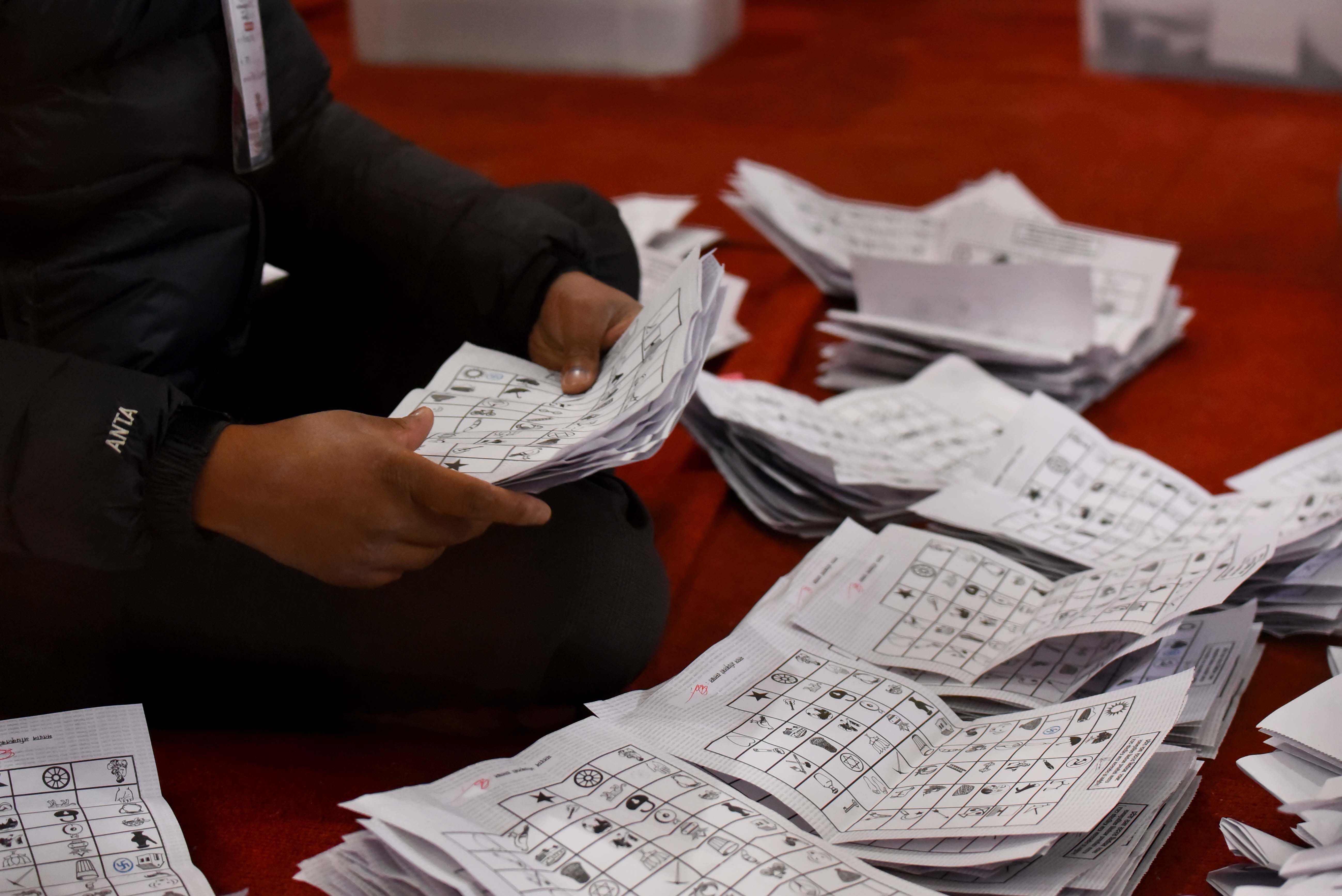 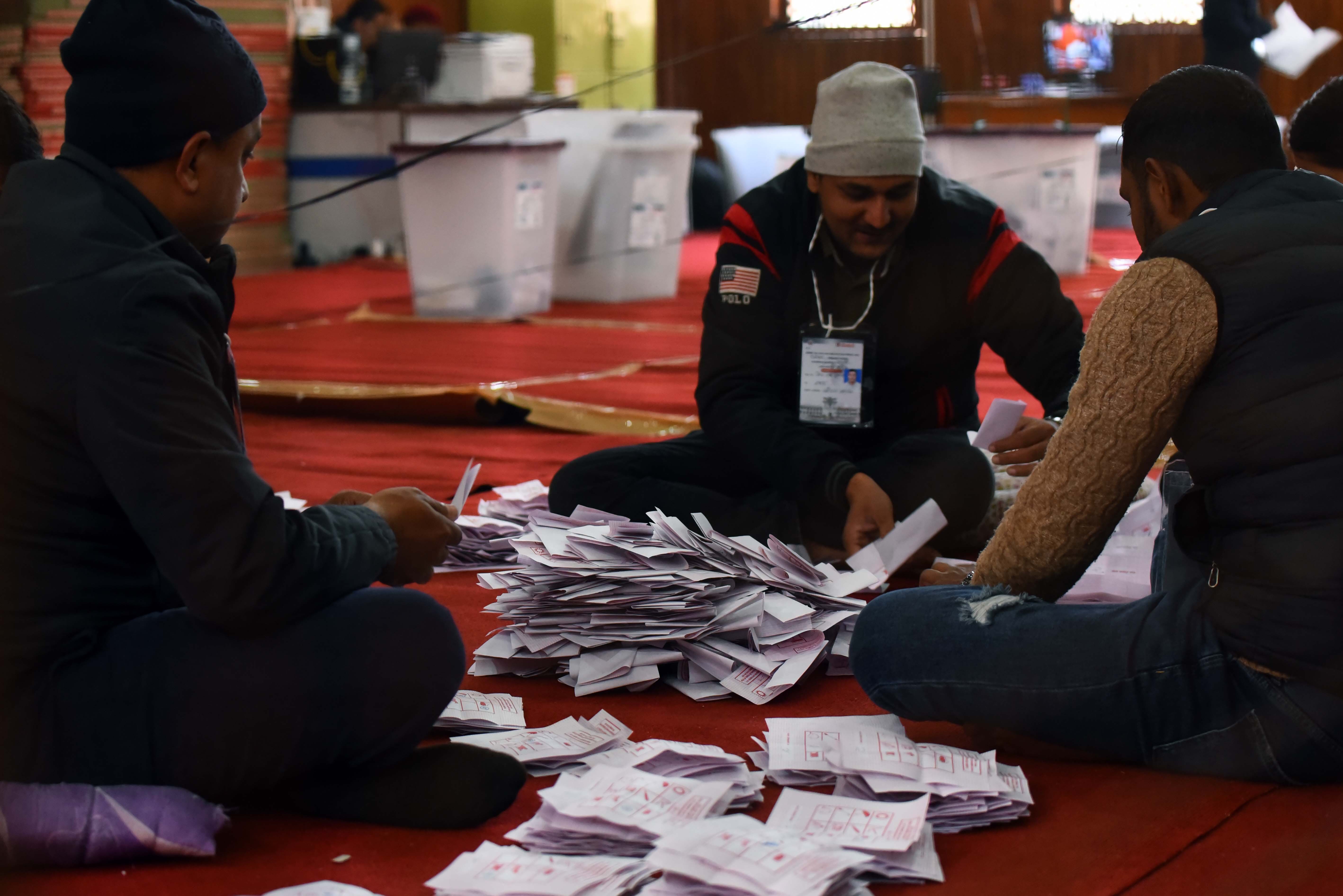 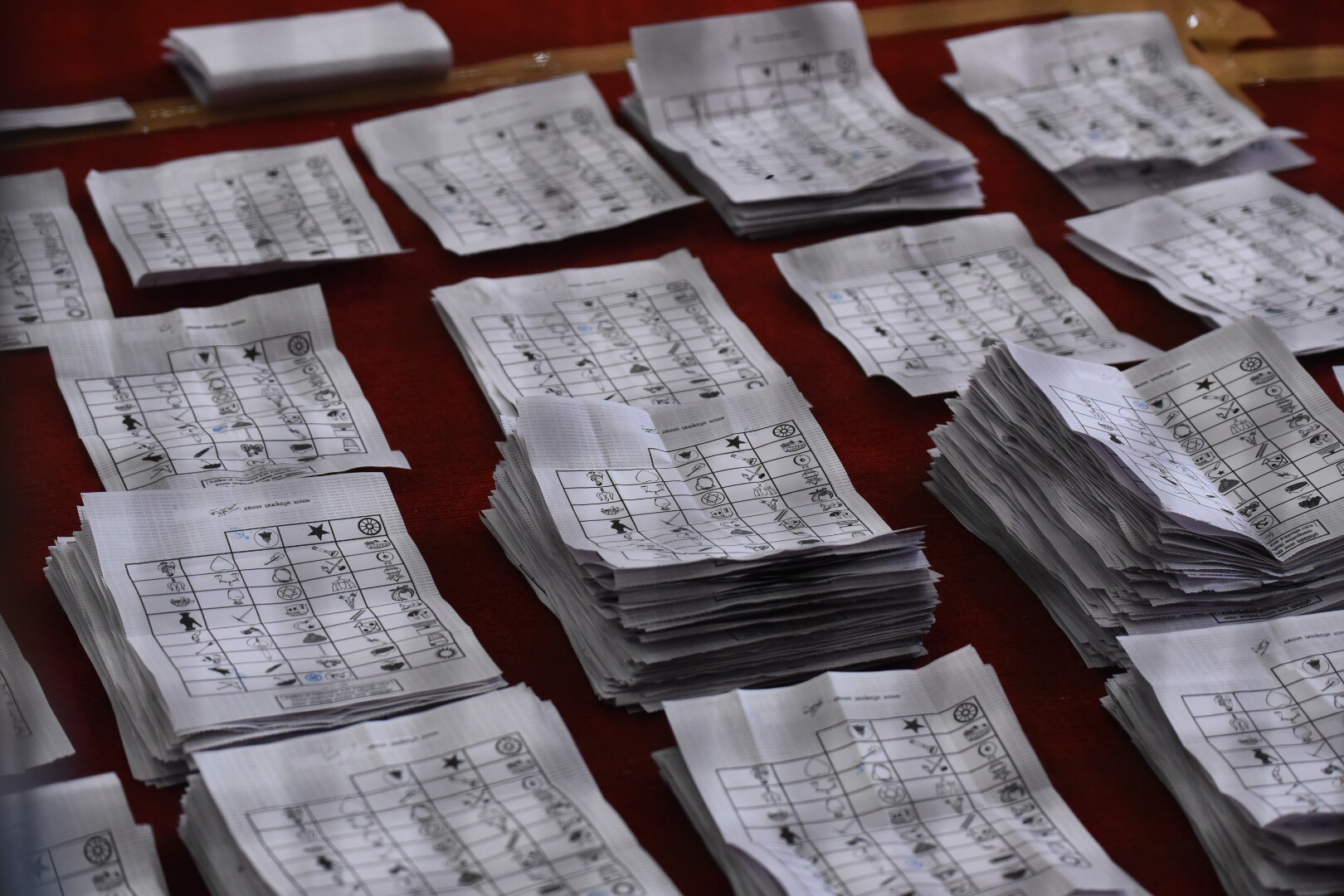 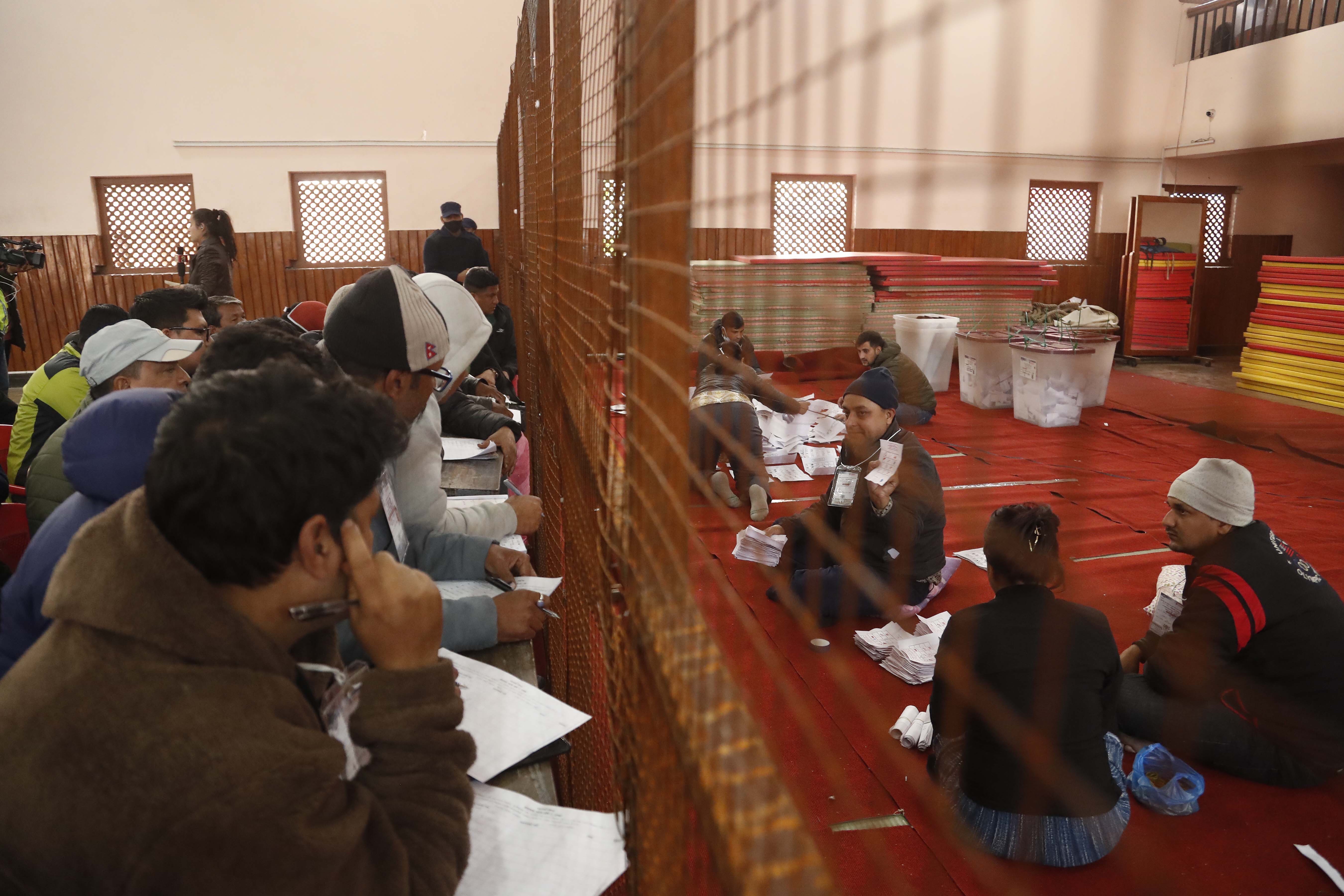 Post Comments
Nepal Minute Watch Bitten by the footie bug
Related News
Dec 01, 2022 Election underway at 10 voting centres in Dolakha Security has been beefed up at the voting centres
Nov 29, 2022 EC: Counting of close to 10 million PR votes over UML leads with nearly 2.5 votes, with Congress following in second place
Nov 28, 2022 Candidates begin submitting poll expenditure details The Election Commission had decided to fine the candidates with an amount equivalent to the...
Weather Update
1
Ujjwal Bikram Thapa: The backbone of acid and burn violence victims
2
Fake snow leopard photo montage: US Embassy in Nepal swings into action
3
Reminisces from a journey of a kind
4
Thapathali squatters demand Balen Shah’s resignation
5
Football fervour hits fever pitch; doctors ask fans to slow down
6
Unauthorised intruders hacked into ukeraa.com's CMS: Pathseed Nepal
7
Govt reports drop in Covid cases, but experts warn not to take off masks just yet
8
Deuba looks to be the PM, yet again